Guittard Chocolate has a deliciously long and interesting history. It all began when Etienne Guittard journeyed from France to San Francisco in the mid 1800's in search of gold that he never found. On his journey to the United States Guittard brought delicious chocolate from his uncle's factory in France. This chocolate became very popular and inspired Etienne Guittard to establish the Guittard Chocolate Company in San Francisco, in 1868.

The Guittard family has continued in the tradition of Etienne For five Guittard generations, pursuing perfection in  artistry, craft and innovation of chocolate making for over 150 years. It is the oldest continuously family-owned chocolate company in the United States. 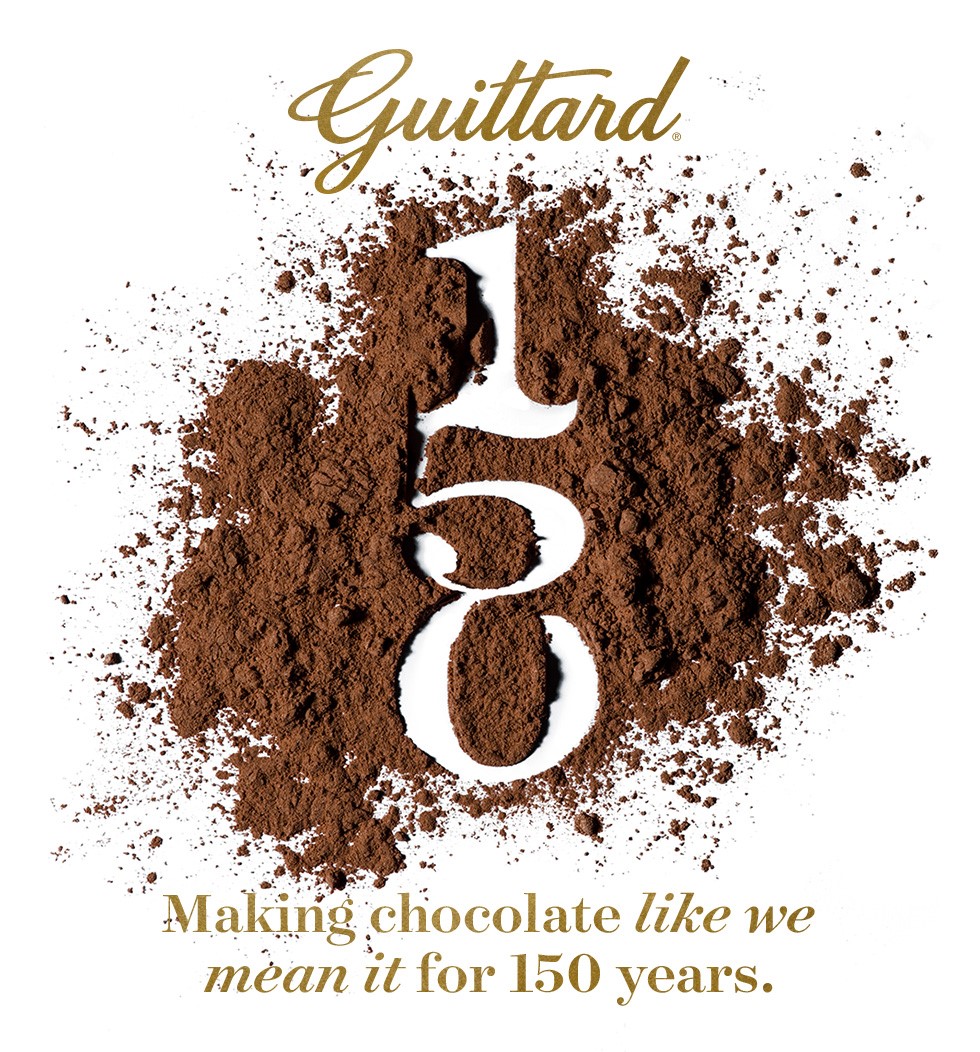 From the gold rush and a little factory on Sansome Street in San Francisco to their current day Burlingame facility, we’ll take a look at how Guittard Chocolate became who they are today. 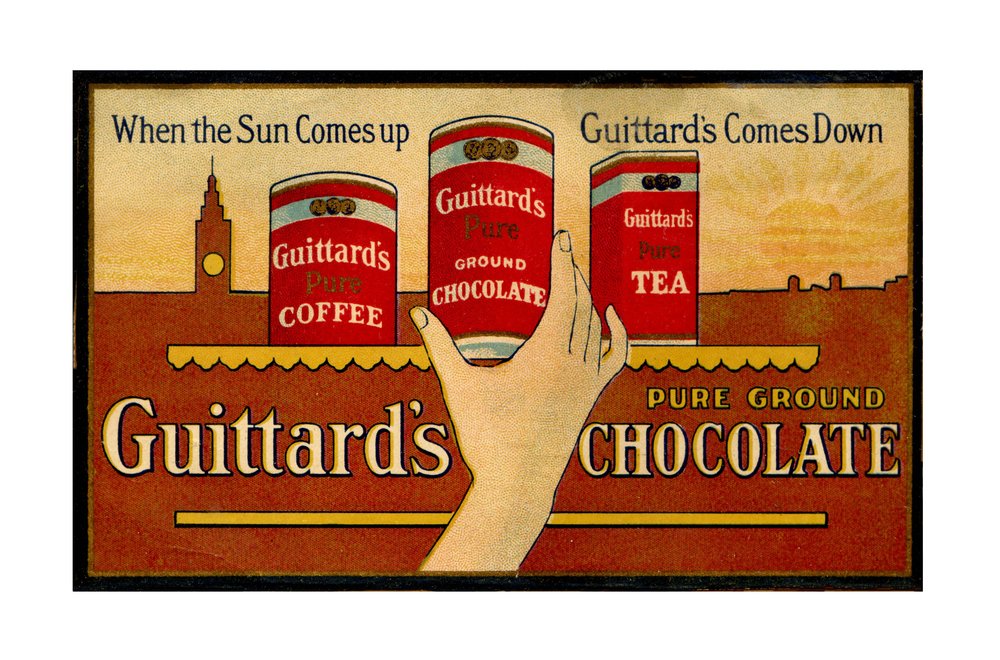 In the mid 1800s, Etienne Guittard ventured from Tournus, France to California in hopes of striking it rich during the California Gold Rush. He brought delicious chocolate from his uncle's factory to trade for mining supplies. But after trying without success for three years to strike gold in the Sierra, Guittard returned to San Francisco. There, shopkeepers convinced him to become a chocolate maker. So he decided to return to France to refine his craft , and then returned back to San Francisco to open his business at 405 Sansome Street in San Francisco. Guittard also sold tea, coffee, and spices alongside his chocolate. 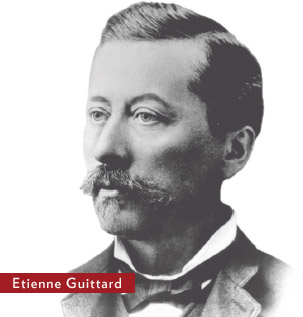 After 31 years from opening Guittard Chocolate, Etienne Guittard dies at the age of 61. His son Horace C. Guittard takes over. 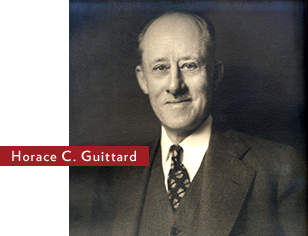 Learning from the Mayans, Sweet Ground Cocoa is introduced and becomes a popular hit at the Cliff House in San Francisco, a popular destination for presidents and celebrities.

The Great Earthquake of 1906 occurred destroying much of San Francisco including the Guittard Factory on Sansome, Etienne's son, Horace C. Guittard, relocated E. Guittard & Co. around the corner onto Commercial Street, where it remained for roughly 20 years. 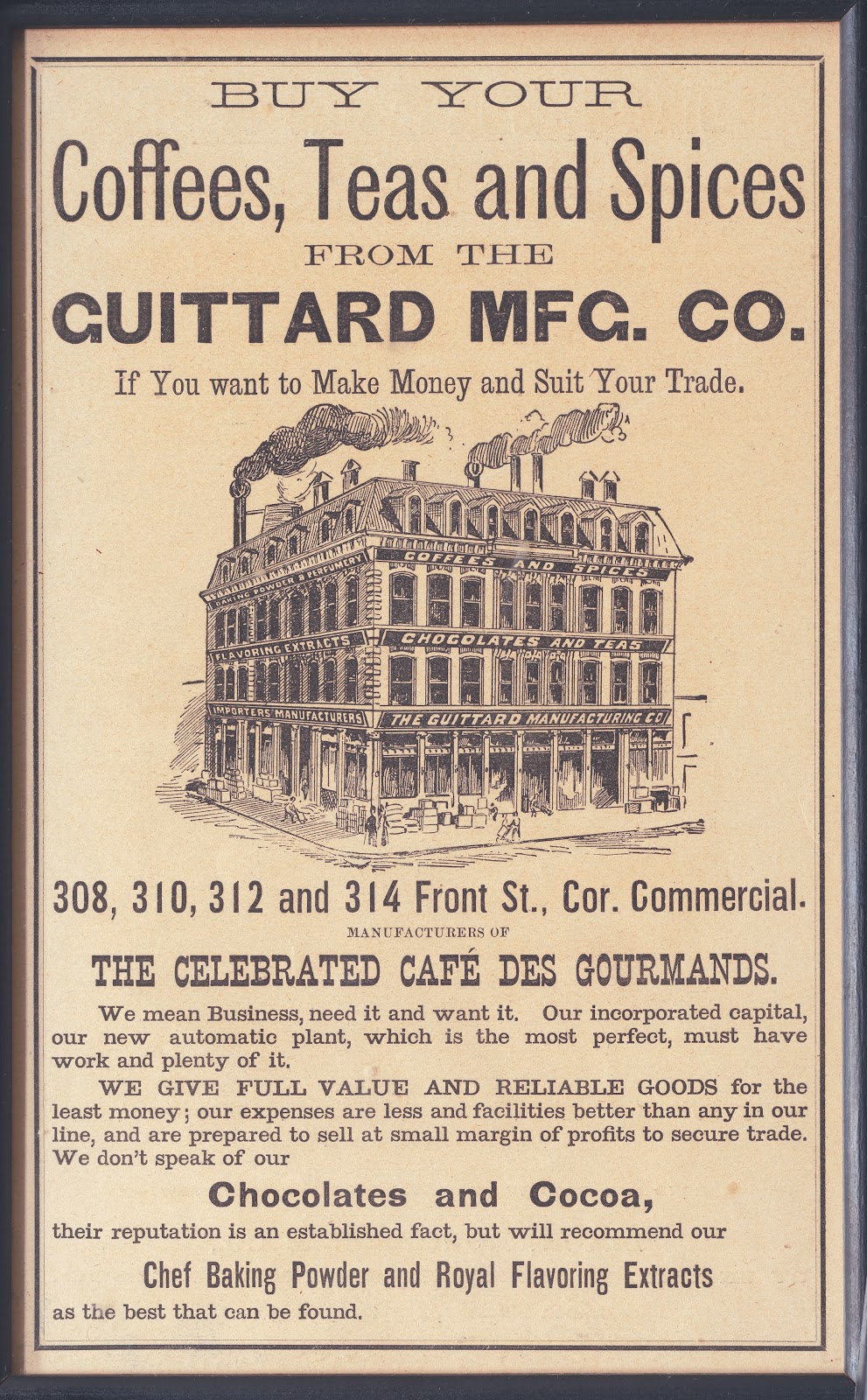 Opening of the Golden Gate Bridge

During the war, chocolate manufacturing was considered an essential industry. Horace A. Guittard stayed back at home to run the business and provide chocolate and cocoa powder to the military.

Guittard remained on Main Street until selling the property to the city to make room for the Embarcadero Freeway. It was at that time that Horace A. Guittard, grandson of Etienne Guittard,  moved the company to Burlingame, California. 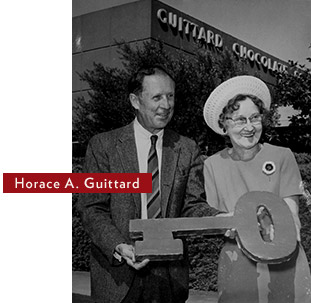 Summer of Love in San Francisco 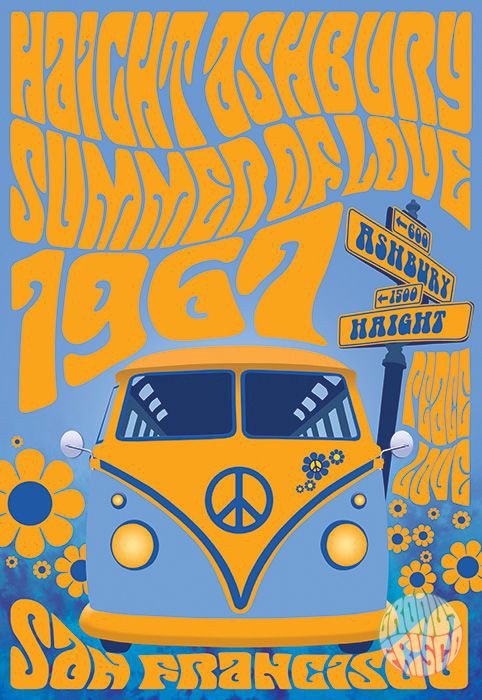 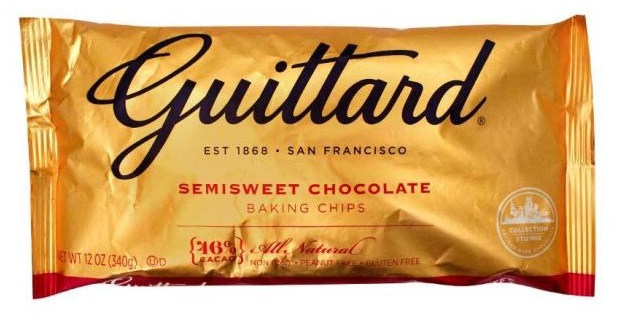 Due to the untimely deaths of his father and brother, Gary Guittard becomes president and CEO. 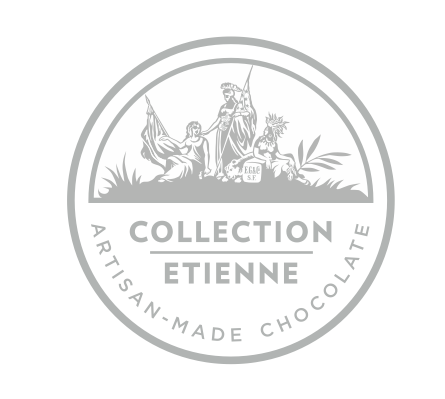 Gary Guittard started the Don't Mess with Our Chocolate campaign which prioritized  the preservation, ﬂavor, rheology, and heritage of chocolate. The campaign gathered over 30,000 signatures, convincing the FDA to keep non-cocoa vegetable fat out of its Standard of Identity for chocolate. 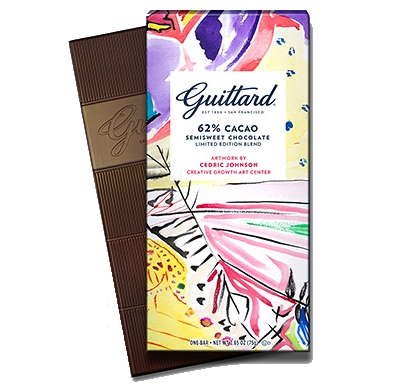 As the fifth generation joins the company, Amy & Jesse, Guittard continues to find more ways to support, explore and grow with the extended family of customers, co-workers, farmers, and suppliers. 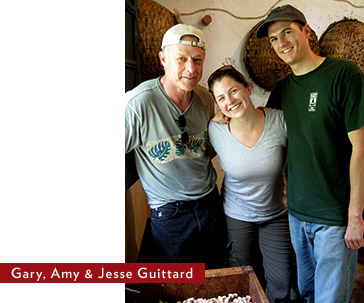 Guittard Chocolate is preferred by many gourmet pastry chefs as being a very high quality American-made chocolate. Now you can start creating extraordinary pieces today using chocolates. We have a wide selection of wholesale Guittard Chocolates to choose from. Our wholesale supply of Guittard Chocolate ranges from sprinkles to coating chocolate! At Royal Wholesale Candy, we want to provide retailers around the world with the best experience of buying wholesale chocolate online. Whether you want chocolate chips to add to your cakes and cookies, or you are looking for a delicious ice-cream coating, then you will certainly find just what you need in our online Guittard Chocolate Wholesale Shop.